Grindhouse Classic I Drink Your Blood Back on the Big Screen

“Let it be known that Satan was an acid-head!”

To celebrate the film’s 35th anniversary, Grindhouse Releasing is bringing David Durston’s grimy exploitation gem I Drink Your Blood to US cinemas. Presented completely uncut, the psycho hippie flick has more than 20 dates currently scheduled, with more to be announced. 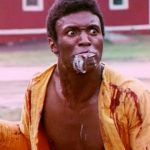 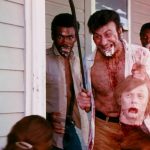 The 1970 film was one of the very first to take inspiration from the Manson murders, depicting a band of Satanic, drug-crazed hippies who terrorise a small town. After raping a local girl they give an old man LSD, which greatly upsets his young grandson. The boy plots revenge, injecting some meat pies with the blood of a rabid dog and feeding them to the group, who promptly start foaming at the mouths and killing anyone they stumble across. 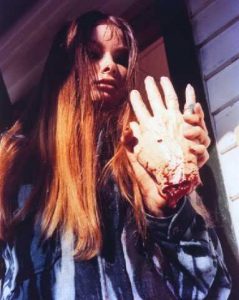 The film, which features some pretty extreme violence for its time, most notably stars cult icon Lynn Lowry, known for her roles in films including David Cronenberg’s Shivers, George Romero’s The Crazies and more recently, Debbie Rochon’s Model Hunger.

The film begins its run Friday, September 2nd at Landmark’s Sunshine Cinema in New York City. You can check out further screening dates below. Here’s hoping for a nice blu-ray release soon.