A post-midnight feeding isn’t going to make much difference to the monster in Ryan Bellgardt’s Gremlin, who’s likely going to cause a whole lot of mischief, hungry or not. 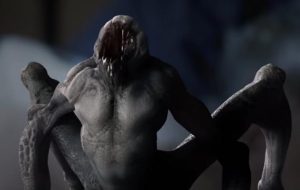 The creature feature, which will be on sale at the AFM, also features something that grows considerably larger than the titular little buggers of Joe Dante’s classic, as evidenced in this trailer. Billed in the press release as “…Godzilla meets The Ring,” the film features a monster contained in a mysterious box, who kills those close to whoever possesses it. The curse is passed on by giving the box to a loved one.

Gremlin comes from High Octane Pictures, who’s President, Galen Christy, says “We are so proud to be working with Ryan and his incredible team again on bringing Gremlin to the marketplace. This film is so unique and wild that I know viewers are going to go insane for it as there’s truly nothing like it out there!” 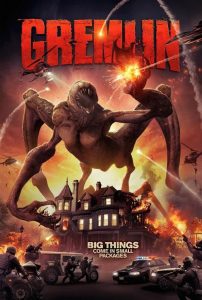 Synopsis:
Two years after the murder of his 10-year-old son, Adam Thatcher receives a mysterious box from a relative containing a terrible secret, a creature that will brutally kill everyone he cares about one by one.

The only way to release himself from the curse is to give the box to someone he loves, continuing the never ending circulation of this ancient evil. As the ominous timer on the box counts down to its end, Adam can only imagine the horrors that await. Does he give the box away to save his family, or face his own demise while unleashing a powerful terror on the rest of humanity? He can’t destroy it. He can’t escape it. He can only give it to someone he loves.