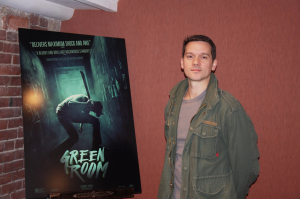 Green Room was one of the best horror films of 2016, so we’ve been eager to discover what director Jeremy Saulnier (Blue Ruin) would tackle next. It has been confirmed that he will be heading to Netflix to direct an original thriller titled Hold the Dark, based on the novel by William Giraldi.

The story follows a nature writer who is hired to track a pack of wolves that are thought to be behind the deaths of three children. However, when one of the mother’s disappears and the father returns from Iraq, a brand new threat is unleashed.