Well, it looks a lot like the first set images from the upcoming Saw: Legacy are in. It was reported a while back that the 8th instalment in the world-beating torture franchise was due to begin shooting this autumn, and these pics suggest things are well underway!

The two images were posted by Twitter user ‘OWSLAJosh’, and are of course unconfirmed, but check out the name on the gravestone in the second one. The pic shows the dug-up grave of John ‘Jigsaw’ Kramer, with his coffin sat atop a pile of excavated soil. 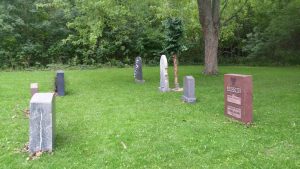 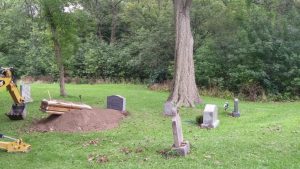 While there is a chance these pictures are not genuine, they’re sure to spark off some speculation regarding plot details, which as yet remain elusive.