Goosebumps was a pleasantly scary and nostalgic ride when it was released last year. We pretty much loved everything about it and to see why, you can read our 5-star review right here. We particularly loved the cameo appearances from the story’s monsters and the references to films like The Blob and even Michael Jackson’s Thriller. It’s a ton of fun and definitely worth checking out if you get the chance. 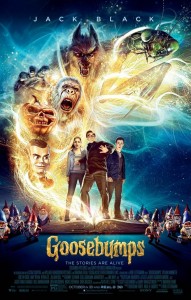 Sony plans to begin shooting the film this year with Goosebumps 2 hitting cinemas in January 2018. It’s a strange shift in release date, because the first had a typical October-Halloween release in 2016. With January typically being associated with awards contenders, it will be interesting to see how successful the sequel is with this new time of year for its release.

There is no word on whether Jack Black will be returning to star in the film, but director Rob Letterman and screenwriter Darren Lamke will be on-board.