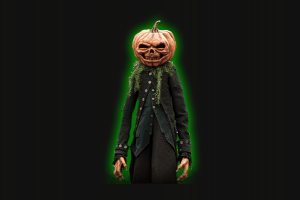 We all remember the childhood horror that was Goosebumps, and although it may seem a little delayed, a movie of the TV series is in a full swing. We’ve now been told by Reddit user filmfanatic5, which classic characters will feature and it looks like some of our nightmarish favourites will be back.

The creatures in the running are: a mummy, a dinosaur, a vampire, a mad scientist, a pumpkinhead, a scarecrow, an alien-reptile woman, ventriloquist doll, a pirate, a demon in a dress, a zombie, a leprechaun, a swamp monster, another zombie and a clown.

Have a look at the nostalgic terrors in the gallery: http://imgur.com/a/U6e0d

Synopsis:
Zach Cooper is disappointed that he had to move away from the city, but that all changes when he meets the gorgeous Hannah – literally the girl next door. Hannah’s Dad is a secretive character, but is unveiled as R.L.Stine, the author of Goosebumps. Stine is a peculiar man, and the reason for his oddities is because all of his fictitious monsters are actually real, and he uses his books to entrap the things. Zach unintentionally unleashes these beasts upon the town, leaving it up to the three of them to battle them back into the books.