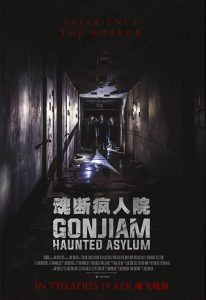 Directed and co-written by Jung Bum-shik, Gonjiam sees a horror web series recruiting a group of people to visit an abandoned psychiatric hospital for a live broadcast, where the crew plan to play tricks on them to boost viewership. But as the recruits move deeper into the bowels of the nightmarish old building, they encounter a lot more than anyone bargained for.

“We are thankful to our friends at Showbox for putting their faith in us to develop Gonjiam for U.S. audiences,” said Mike Dill and Lowell Shapiro of Black Box Management in a recent statement. “Korea has become a second home for us, and we are excited to help share the entertainment and culture that has captivated the world’s attention.”