God Help Us, it’s a Trailer for Greg McLean’s The Darkness 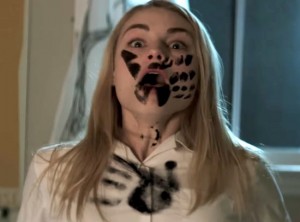 Greg Mclean brought us one of the best modern slasher films back in 2005 with Wolf Creek and followed it up with a funnier, but still scary, sequel in 2013. Since then, he’s been tied to Wolf Creek 3 and also a TV adaptation of the film which is set to air later this year. In short, he’s been rather dedicated to John Jarratt’s Mick Taylor for the last 10 years, so it’s great to seeing him sticking to horror, but dabbling in something a little different.

Synopsis:
As a family returns from a vacation at the Grand Canyon, they innocently bring home a supernatural force that preys off their own fears and vulnerabilities, threatening to destroy them from within, while consuming their lives with terrifying consequences.

Have a gander at the trailer below; it’s filled with typical possession tropes – doors opening on their own and a séance takes place, but it also throws in some refreshing scares. The wolf in the tree house was a definite surprise and the dirty hand marks on Michael’s sister’s bed makes a nice change from the usual bloody prints we’ve seen in films like Insidious.

The Darkness comes from producer Jason Blum and will be released on Friday 13th May – nice! – in both the UK and USA.