Go Beyond in the Trailer for Beyond Skyline

A new trailer has been released for sequel Beyond Skyline and I’m not ashamed to admit that I think it looks a little bit good. After originally believing the film to be an unnecessary remake to a pretty terrible film from 2010, I now think that it could breathe fresh life into a possible franchise. 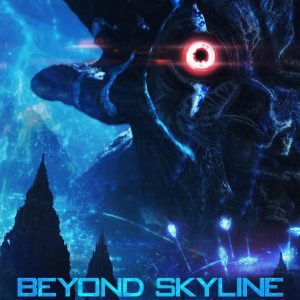 Hear me out! Have Ouija: Origin of Evil, The Purge 2 and, most recently, Annabelle: Creation not proved that horror sequels can improve on the original? Exactly, and I am thinking (and hoping) that Beyond Skyline will be another example of the trend.

Beyond Skyline stars Frank Grillo as a tough detective who must save his son after he is abducted by aliens. The trailer shows total destruction as the alien invaders wreak havoc while Grillo battles to get to his son before it’s too late.

Beyond Skyline additionally stars Bojana Jankovich, Iko Uwais, Callan Mulvey and Valentine Payen. The film will be released in 2017.