We hope that you’re looking forward to the release of A Monster Calls; we think it’s one of the most beautiful and striking films of the year. If you want to delve into the visuals behind the film – which are absolutely stunning, may I add – then this feature will give you a taste of what’s to come.

Synopsis:
12-year-old Conor (Lewis MacDougall) attempts to deal with his mother’s (Felicity Jones) illness and the bullying of his classmates by escaping into a fantastical world of monsters and fairy tales that explore courage, loss, and faith. 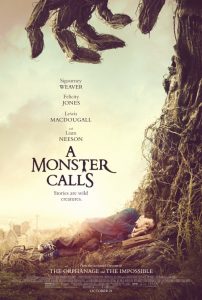 The featurette features the film’s stars Liam Neeson and Felicity Jones, as well as director J. A. Bayona who helmed the brilliantly scary The Orphanage back in 2007 and the heart-breaking The Impossible in 2012. Bayona is making monstrous progress in the film world and is taking on the big-budget sequel to Jurassic World next. Personally, I’d love to see him tackle another pure, terrifying horror film. What do you think?