Gnaw on this Apartment 212 Artwork 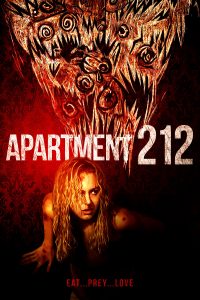 Haylar Garcia’s Gnaw picked up a handful of awards during its festival run last year, where it stopped at Sin City and Shriekfest among others. After a title change – the film is now Apartment 212 – the film is arriving on VOD and Digital HD this month, and we’ve got this rather cool piece of artwork for you.

Synopsis:
Jennifer Conrad is a small-town girl starting over in the big city. Fleeing an abusive relationship, all she wants is a chance to begin again. But it is hard to start over when something is eating you while you sleep…one painful bite at a time.

Apartment 212 will be available to stream at home from March 16th.