A Girl Fights for Her Friend in the Trailer for Okja 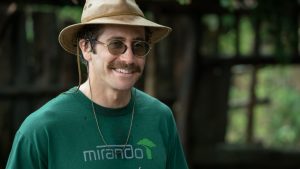 Netflix has been making the headlines this week after the service was told it must give its films a theatrical release if they want the features to be considered for competition at the Cannes Film Festival. The rules would change next year, meaning that Netflix originals such as Okja, would be unable to compete for the Palme d’Or. It’s all very controversial and the internet has not been shy in expressing its views on whether Netflix films should be allowed at Cannes or not.

For me, the Palme d’Or is about great film-making and not about how great a film does at the box office. Theatrical release or not, Okja looks wonderful and it would be a crime for it to escape appreciation. Nevertheless, Okja will be receiving a limited theatrical run in the USA, so it cannot be argued that Netflix is the nasty villain of the film world that some would suggest. 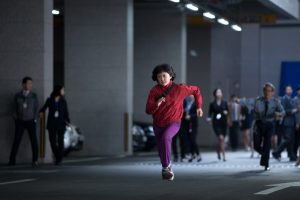 You can check out the beautiful trailer for Okja below. The bold visual style and musical choice give the film a vibrant burst of energy that is reflected in Mija’s (Seo-Hyun Ahn) fast-paced quest to save her gentle beastly friend Okja. Coming from director Bong Joon Ho (The Host, Snowpiercer), the story sees Mija up against a multi-national conglomerate that has a very different plan for Okja.