Ghostly Trailer and Images from The Other Side of the Door 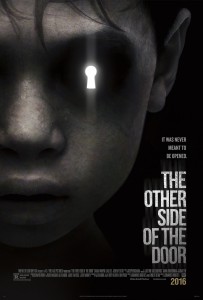 Hot off the heels of horror flick Pay The Ghost with Nicolas Cage, Sarah Wayne Callies is continuing to stick to spooky genre fare. In The Other Side of the Door Callies, once again, finds herself grieving over the loss of her son (except this time, he’s actually dead) and opens a door that allows the dead to cross over in to our world. Safe to say, that doesn’t end well.

Synopsis:
Grieving over the loss of her son, a mother struggles with her feelings for her daughter and her husband. She seeks out a ritual that allows her say goodbye to her dead child, opening the veil between the world of the dead and the living. Her daughter becomes the focus of terror. She must now protect against the evil that was once her beloved son.

From the looks of the images below, it was a mistake to lift that veil. The family soon become the victims of a voodoo-like horror, with chilling children and ghostly presences haunting their waking nightmares. As director Johannes Roberts (The Expelled, Storage 24) so eloquently puts, “everything goes to hell in a handbasket”. 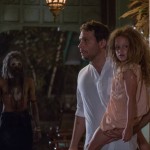 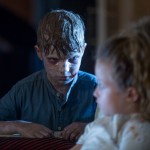 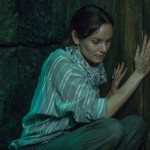 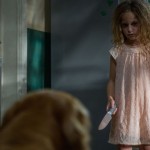 Have a gander at the trailer below, too; it has a couple of effective jump scares and distorted moving bodies will always be freaky.