Despite the film having already been remade in 1999, Warner Bros. have in the works another re-imagining of William Castle’s classic 1959 creeper House on Haunted Hill. 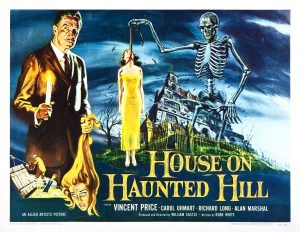 The original film starred Vincent Price as a millionaire who offers up $10,000 to five strangers who agree to spend a night with him and his wife in their spooky mansion. It’s creaky and silly in that knowing William Castle way, but also features a few genuine frights. The 1999 remake starred Geoffrey Rush and Famke Janssen (not to mention horror icon Jeffrey Combs), and was also not without its scares (those CCTC ghosts come to mind), but squandered its potential with that awful, CGI-heavy climax.

The new remake is being developed by Jason Pagan and Andrew Deutschman, the writing duo behind Project Almanac and Paranormal Activity: The Ghost Dimension. The pair are also currently working on Unexplained Phenomenon, which has been picked up by Amblin. 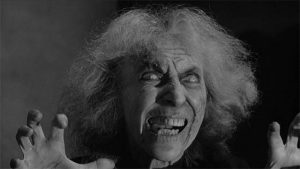 In addition to the upcoming remake, Castle’s daughter Terry recently revealed her intention to develop a prequel to her father’s film, based on his own notes. Her script is reportedly complete, and will be put into production under the William Castle Productions banner.