If you thought that Sharknado: The Fourth Awakens would be the final in the franchise, then you were wrong. A fifth film is already in the works and gearing up for another summer release this July 2017. Now that almost the entire would has been destroyed by those pesky shark tornadoes, Fin and April are heading to other countries; like Australia and England, in the hopes that they will be safe from more shark terror. 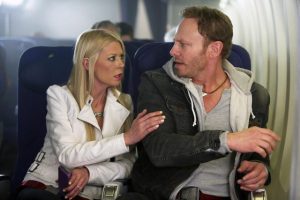 Ian Ziering and Tara Reid will be returning to reprise their roles in the film which has now begun shooting in Bulgaria. We can imagine that the pair will not find the peace they desire and, instead, the Sharknados will continue to wreak havoc around the globe.

The title of Sharknado 5 is yet to be released, but Anthony C. Ferrante will be returning to direct a script written by Scotty Mullen.