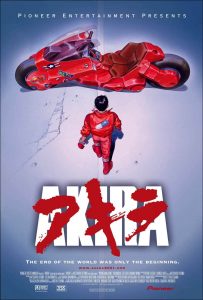 Get Out is one of the most successful films of the year, one of the most impressive horror films EVER and is the first film directed by an African-American to have a debut of $100 million. So, it’s safe to say that the film’s director Jordan Peele is hot property.

Warner Bros is currently eyeing the director to helm the live-action remake of Akira; an extraordinary anime production from 1988. The story follows two teenagers and a group of psychics as they try to put an end to a dangerous military project.

As Get Out was such a unique and memorable horror experience, we would expect the possibility of Peele’s Akira to be equally as creative, with a clear vision from this scarily impressive director. Keep your eyes Peele-d.