Get Out! Amityville: The Awakening Finally out in October

It was beginning to look like it would never happen, but the much-delayed Amityville: The Awakening now has what Dimension assure us is a finalised release date. The film will hit screens in time for Halloween and to gear yourself up, we’ve a bunch of new stills below. 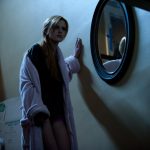 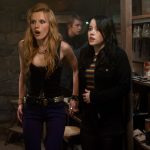 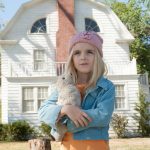 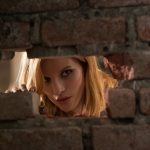 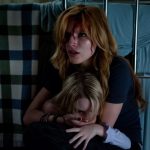 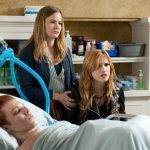 Written and directed by Franck Khalfoun – best known for his spectacular 2012 Maniac remake – the film has suffered an almost farcical series of events on its long road to the screen. Originally slated for a late 2014 release, it was retitled and delayed multiple times and then, after being handed an R rating by the MPAA, trimmed and recut for a PG-13. Just as it seemed a January 6th, 2017 release was locked (Dimension even started running TV spots), the film was delayed again, and slated for June 30th, 2017. And it looked as though it would definitely happen, particularly when the higher profile Wish Upon was shifted to keep the date available but it was once again bumped back, with no word of a new date until now.

And so, Amityville: The Awakening WILL be in select US cinemas on October 28th, after debuting exclusively for free for a limited time on Google Play on October 12th.

Synopsis:
Belle, her little sister, and her comatose twin brother move into a new house with their single mother Joan in order to save money to help pay for her brother’s expensive healthcare. But when strange phenomena begin to occur in the house including the miraculous recovery of her brother, Belle begins to suspect her Mother isn’t telling her everything and soon realizes they just moved into the infamous Amityville house.