Get Out! Amityville: The Awakening Delayed Yet Again 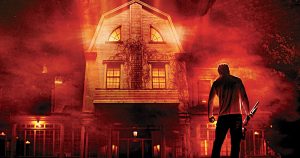 The farcical series of events that has befallen Maniac director Franck Khalfoun’s Amityville: The Awakening continues to throw up more roadblocks for the ill-fated horror, with Dimension having delayed the film yet again.

Originally slated for a late 2014 release, the film has been retitled and delayed multiple times and, after being initially handed an R rating by the MPAA, trimmed and recut for a PG-13. Just as it seemed a January 6th, 2017 release was locked (Dimension even started running TV spots), the film was delayed again, and slated for June 30th, 2017. And it looked as though it would definitely happen, particularly when the higher profile Wish Upon was shifted to keep the date available. After the latest delay however, Dimension are yet to set another date.

A release outside of the States still seems to be imminent, although the wheres and whens of that remain to be seen. 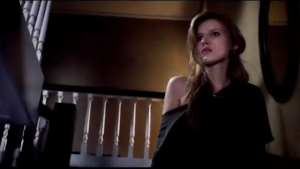 Jennifer Jason Leigh, Bella Thorne, McKenna Grace, Cameron Monaghan, Taylor Spreitler, Thomas Mann and Jennifer Morrison star in the film, in which “Belle, her little sister, and her comatose twin brother move into a new house with their mother Joan in order to save money to help pay for her brother’s expensive healthcare. But when strange phenomena begin to occur, including the miraculous recovery of her brother, Belle  realises they just moved into the infamous Amityville house.”