George Romero to be Immortalised on Walk of Fame

Godfather of the Dead George A. Romero has been honoured with a long-overdue star on Hollywood’s Walk of Fame. The list of names to be added in 2017 also includes Amy Adams, Chris Pratt, Goldie Hawn, Dwayne Johnson and Brett Ratner. 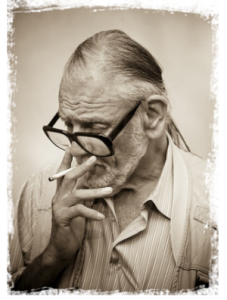 The 76-year-old filmmaker has arguably had more influence on the last half century of horror cinema than any other director. The ‘ghouls’ of his 1968 game-changer Night of the Living Dead basically redefined the term ‘zombie’, establishing a monster now as ubiquitous and widely recognised as vampires, witches or werewolves.

If Night of the Living Dead gave us the lumbering, cannibalistic zombie, then it was 1978’s Dawn of The Dead that really set the blueprint for the apocalyptic zombie film, while also kicking off the ‘80s Italian zombie boom. 1985’s Day of The Dead completed Romero’s ‘Dead Trilogy’ in a truly bleak manner, before the director returned to the series 20 years later with Land of The Dead. It was around this time that zombies in the Romero mould started to take over horror cinema, in a trend that continues to this day.

Never one to pile on the gore for the sake of it, Romero would routinely infuse his films with a weighty social commentary; his zombies would always reflect a part of ourselves, and often one we felt less than comfortable facing. Outside of his ‘Dead’ films (of which there are six), Romero would work mostly within the horror genre, with films including The Crazies, Martin and Season of the Witch.

TV producer Vin Di Bona made the announcements of 2017’s inductees into the Walk of Fame via a livestream, which you can see below.