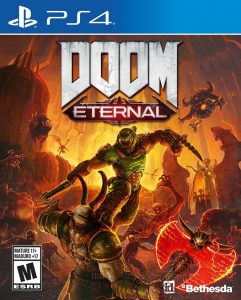 Ahead of the game’s release this week, Bethesda has dropped the official launch trailer for DOOM: Eternal, and it’s more of the bad-ass, monster-slaying action we’ve come to expect!

A direct sequel to 2016’s DOOM, the game sees Earth falling victim to a demonic invasion. Playing as the DOOM Slayer, you’ll battle your way across dimensions and discover the character’s origins in what is being described as “the next leap in push-forward, first-person combat.”

DOOM Eternal was developed by id Software and hits PC, PlayStation 4, and Xbox One on March 20th. Get pumped by watching the launch trailer below.