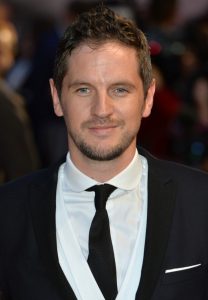 Dracula Untold director Gary Shore is gearing up to tackle blood-thirsty creatures once again. His 2014 vampire tale was not quite the impressive feat we were hoping, but his segment “St. Patrick’s Day” in 2016’s anthology horror Holidays was one of the best. A 50% hit rate makes us anticipate his next project.

Red River will shoot later this year in Northern Ireland and Shore describes the tale as follows:
“A story about a vampire hell-bent on teaching an isolated town a thing or two about its treatment of outsiders is a valuable reminder that man is capable of being the real monster.”

Shore goes on to describe the script, which has been written by Ronan Blaney, as “heartbreaking, violent and touching.” He further compares the film to Shane and Let The Right One In, suggesting that the film will be an original story for the horror and vampire genre with the potential of becoming a modern classic.

The possibility of a modern vampire tale that will be remembered for its original take on the mythology sounds like something to get excited about.