Annabelle: Creation succeeded where many films have failed and delivered a sequel that improved greatly on its predecessor. So, it’s no surprise to learn that a third Annabelle is now in the works. 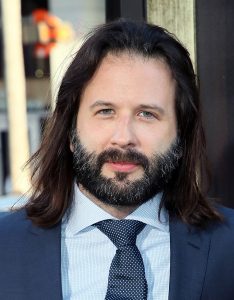 Writer Gary Dauberman will be making his directorial debut with Annabelle 3, after having worked on the scripts for Annebelle, Annabelle: Creation, It and the upcoming It: Chapter 2 and Are You Afraid of the Dark anthology series.

No story details have been revealed for the second Annabelle sequel (prequel maybe?), but it will certainly follow that doll we’ve all learned to love and fear in equal measure.

The Conjuring universe is ever-expanding, with The Nun due to be released on 7th September and both The Conjuring 3 and a spin-off of The Crooked Man set to be unleashed soon. Annabelle 3 currently has a release date slated for 3rd July 2019.
More as it comes!