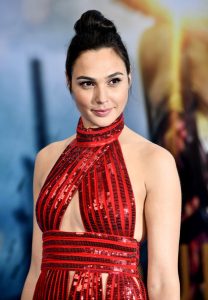 Gal Gadot (pictured right) has shot to fame since starring in the excellent Marvel superhero flick Wonder Woman, so we expect to see her pop up in a lot of upcoming features. She has now joined the cast of MGM’s thriller Deeper, which already stars Bradley Cooper.

The film comes from Hungarian director Kornel Mundruczo, the director of White God and 2005’s Johanna. Max Landis (Chronicle, Victor Frankenstein) has written the script. The story follows a former astronaut who is tasked with undergoing a mission in the depths of the ocean. Things start to get supernaturally frightening as the mission reaches its destination.

It sounds like The Abyss meets Gravity, so we’re excited to see Deeper when it, hopefully, begins production in 2018.