When Angela gets picked up in a club by a mysterious, handsome guy, she thinks it’s her lucky night. Unfortunately, he’s bringing her back to his boss’s house to be brutally raped, tortured, and murdered on film. Andre, the man who picked her up, is indebted to his boss; he’s a heroin addict and his boss is his supplier. He’s also forcing Andre to bring him girls and if he doesn’t comply, he will kill him. The next girl he picks up is Alice, but when he brings her back, things have changed. A rival crime boss has struck. The good news is that Alice and Andre are still alive. The bad news is that they’re in a whole new world of trouble.

Not only are Alice and Andre embroiled in gangland power struggles, but Angela has also come back as a supremely pissed off ghost after her murder. The South African setting is really interesting and we get some insight into the culture. There is a sense of danger – that life is cheap and things can’t be taken for granted as they are the United States or Britain. 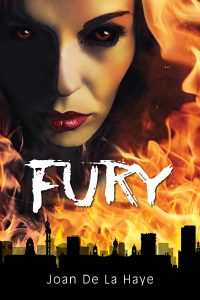 Alice is a fairly run of the mill nice girl and a little bland. There is something quite likeable about Andre, which is strange considering he’s a junkie prone to wetting himself and is responsible for luring girls to their deaths. He’s just so royally screwed by his life choices and the situations he ends up in that it’s almost comical and redeeming. The real villains of the piece are the international criminals fighting for control of Pretoria. We see rich, well dressed crime bosses and their thugs. (I couldn’t help but think about the South Africans in Lethal Weapon 2). The violence includes some brutal torture scenes when it comes to crime bosses sending messages. What is especially disturbing is the literal torture porn snuff films that are being created for a buyer with very specific tastes.

There is a big twist around the midway point but it felt a bit contrived and unnecessary, and after that the book started to lose me. That was coupled with the unlikely behaviour of the Bulgarian crime boss, Ivan, towards Alice. There’s not much of an explanation for the supernatural elements in the story or how Angela was able to come back. After the strong start my interest waned as the book went on, which is a shame. It ended up more on the action side than horror.