Synopsis:
A family becomes the victims of a home invasion from two well-dressed young men. They’re forced to take part in a sadistic game, which could cost them their lives. 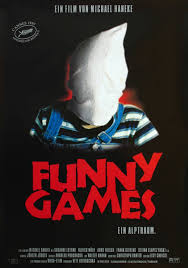 There’s nothing that causes more fear and dread in some people than the possibility of a home invasion. The very thought that we would be held captive in our own house, at the hands of someone who might cause harm would send a chill down anyone’s spine. Michael Haneke’s Funny Games not only taps into that dread, it takes it a step further. If forces us to look inward as we watch the suffering of our protagonists.

There have been a lot of home invasion thrillers over the years. It’s become quite a common theme in horror. This particular theme has become so commonplace, that many of these films have become formulaic, even predictable. They rely heavily on the suspense of the cat-and-mouse game, with the end result being the same most of the time. If that’s the typical mold, this is the film that completely shatters it.

On the surface, this seems like just another film in this long running 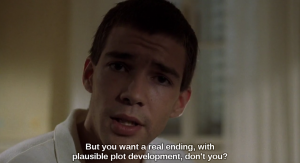 subgenre. However, this is something that will make your skin crawl, and not for the reasons you’d typically expect. As the viewing audience for a film, we become the ultimate voyeur. We watch suffering, torture, murder, and all things unimaginable. We never think of the repercussions of doing so, nor do we think that what we’re doing is wrong. At the end of the day, most of us are here to be entertained. 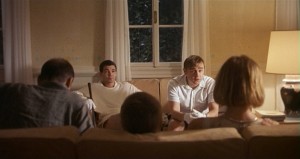 Funny Games is almost completely self-aware in the sense that it actually involves the audience. More than once, we’re reminded that we’re actually watching a movie. Our antagonists continually break the fourth wall, and even speak to us. This film seems to insult us for our desire to watch the darker aspects of human nature unfold on screen. It addresses our expectations of an outcome, and completely 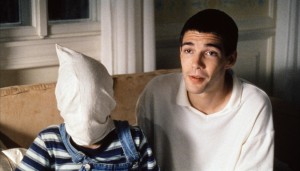 decimates them. Whenever we feel we’re going to see a traditional resolution, Haneke throws the proverbial wrench in the gears, and eradicates all hope.

One thing you’ll notice is that a large portion of the violence takes place off screen. This really drives the point home that this isn’t you’re typical horror film. It also places more emphasis on the futility and hopelessness of the situation at hand. The absence of the violent scenes we would normally expect really brings to life the message this film is trying to establish. This is an important work, one that assaults our senses, and reminds us how much we crave violence and sadism in our entertainment.