FrightFest Celebrates 11 Years at Glasgow with a Record 13 Titles 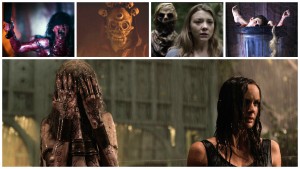 The final weekend of February is a date warmly welcomed by FrightFesters to do battle with those festival withdrawal symptoms that refuse to let up from the end of August. With less than two months to go, Film4 FrightFest’s full line-up at this year’s Glasgow Film Festival has now been revealed and surprise, surprise, it’s another cracker.

This year, running from Thursday 25 February through to Saturday 27 February ,2016 the event boasts a record-breaking thirteen films, alongside a selection of unmissable shorts, guest director Q & A’s, great give-aways and a sneak preview of Paul Hyett’s latest production, Heretiks, with the popular director putting in an appearance.

Everything will kick off at 9pm on Thursday 25 February with the exclusive UK Premiere of Jason Zada’s directorial debut, The Forest, starring Natalie Dormer as she searches for her twin sister in Japan’s most haunted location, the fabled Sea of Trees. The ‘Game of Thrones’ star is making her first appearance at Glasgow Film Festival and is thrilled to be headlining this gala event the day before the film’s UK release.

Friday’s fearsome line-up kicks off with the UK Premiere of The Hexecutioners, Jesse Thomas Cook’s follow up to Septic Man which provides an atmospheric and tense exploration of what the world would be like if euthanasia become a profitable business. This is followed by the UK Premiere of Sonny Mallhi’s eerie, jittery and surprisingly moving Anguish, the creepiest and most resonant American independent horror since It Follows, Next up is the much-anticipated World Premiere of Cell. Starring John Cusack and Samuel L. Jackson, this adaptation of Stephen King’s acclaimed apocalyptic nightmare is a sobering reminder of the FrightFest mantra to ‘Turn Off Your Bloody Phone!’

The 9pm slot goes to The Mind’s Eye, directed by Joe Begos. Begos’ directorial debut Almost Human was a FrightFest Glasgow 2014 highlight, so the organisers are thrilled he will be returning to present his second award-winning feature, a loving and thrilling tribute to iconic horror heroes David Cronenberg and Brian De Palma. Expect bloody fireworks, mutant mayhem and exemplary special effects. Rounding off the evening in gory style is the European premiere of Tyler MacIntyre’s award-winning Patchwork, a modern spoofy spin on Mary Shelley mythology, mixed with fun gore, a cheeky tone, and an outstanding performance from Tory Stolper which will delight fans of classic 1980’s scream fests.

Getting the packed Saturday programme off to a spine-tingling start is the Scottish Premiere of Roar Uthaug’s epic action-thriller The Wave, the most successful movie of the year in Norway, and a Scandinavian smash hit sensation. This is followed by the chiller compendium Southbound, a uniquely solid, grim and gritty excursion into the dark side of the soul which is a shining example why Anthology horror is back in vogue.

The ‘horror tsunami’ continues with the jaw-dropping martial arts extravaganza SPL2: A Time for Consequences. Superbly entwining operatic outbursts of heart-stopping emotion, spectacular choreography and balletic bone-crunching violence, this was the third biggest box-office hit in Asia in 2015. Next up is the European premiere The Other Side of the Door, directed by rising British talent Johannes Roberts (Storage 24). Roberts will be in attendance to discuss his eerie, evocative and sinister shock spectacular.

Hold on to your entrails as Saturday evening unfolds in gruesome style with Baskin, Can Evrenol’s fiendish adaptation of his short film. Loaded with surreal chills, atmospheric dread, extreme gore and unsettling perversity. this marks the Turkish director as a bright talent on the international genre landscape and FrightFest is thrilled Can will be attending. And you can read all about the film in the current issue of Scream Magazine as we caught up with Can Evrenol and Cem Ozuduru at this year’s Sitges film festival.

In 2008 Pascal Laugiers shocked the world with Martyrs, which became one of the last decade’s most controversial horror movies. Now comes the UK premiere of the highly anticipated American version, produced by the house of Jason Blum and helmed by the Goetz Brothers. Be prepared for an equally unsettling ride!

To end this year’s carnival of carnage is a bloody explosion of heavy metal, murder and mayhem in the eagerly-awaited UK premiere of Sean Byrne’s creepy, brain-freezing The Devil’s Candy, an instant cult classic and one of the scariest ‘under the radar’ movies of the year.

Commenting on the line-up, Alan Jones, co-director, said, “After its biggest year ever, raising the terror landscape bar in August and our diversification into other major media platforms, FrightFest returns to its beloved Glasgow Film Festival with a programme that celebrates the ground-breaking, the innovative, the unique, the extreme but most essentially all that’s best and keynote about the action horror fantasy genre. So please be seated for the frights of your lives!”

FrightFest Passes are £70 and available from noon on Tuesday January 12, 2016. Passes cover all films on Friday 26 & Saturday 27 February ONLY.

We’ll leave you with the official festival trailer: