There has been no end to the obstacles and false starts getting the next Friday the 13th film to the screen. With a tentative release now pushed back until next October (on, of course, Friday 13th), Platinum Dunes producers Brad Fuller and Andrew Form have some good news about the project, which does now seem to be getting off the starting blocks.

In an interview with Collider, the duo confirmed a few things, and it looks as though the project is finally ready to go.

“It will be eight years since we made the last one. I’m here to say that we found the location. We have found the lake, we have found the camp. We found an amazing script by Aaron Guzikowski. Breck Eisner is directing the movie. That movie is shooting in early Spring.”

It’s good to hear these things said with such certainty, with the pair having been choosing their words carefully when previously discussing the film. While Guzikowski’s script has been the starting point for some time, Eisner (who helmed the 2010 Crazies remake) remained unconfirmed as director until now.

Fuller and Form also talked about the reasons behind the film’s delays, and the studio’s push for a found footage take on the formula. 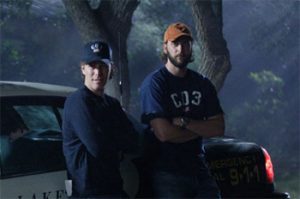 “There were so many obstacles to surmount to get to where we are today. I’m not going to bore you with all of them but for a long time, there was a rights issue between Paramount and Warner Bros. Then there was an execution issue. At one point, the studio wanted us to make a found-footage version of that movie and that was deeply concerning to us because we didn’t think we could execute the movie in the right way if it was a found-footage movie.”

With Jason now ready to resume his slaying, we’ll hopefully have more news flooding in soon.