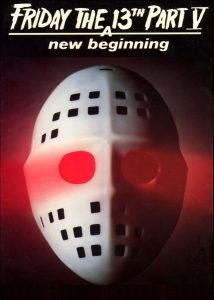 Well, nobody said the task of watching all these movies was going to be easy, but they never said that it would be this hard.

It’s fair to say that the last couple of movies have been a rollercoaster, from the terrible Pt 3 to the highly entertaining pt 4. Will pt 5 continue this upswing, or will the rollercoaster plunge downwards again?

Things initially look like they’re going to be okay. And when I say initially, I mean the first few seconds. It’s all atmosphere and a creepy, rain lashed forest. A figure stumbles through the trees. As is the tradition, it’s one of the survivors of the previous movie making a cameo appearance – this time the young Corey Feldman as Tommy. Apparently Jason has been buried in a forest a few inches beneath the surface, and still wearing his mask and carrying a machete. Yeah, it is quickly revealed to be a dream sequence, but it is indicative of the rest of the movie.

Things don’t much improve as we flash forward to a teenage Tommy, now ensconced in a sanatorium along with a cast of other, let’s say, disturbed folks. To be fair, and to find a positive in this mess of a movie, it is an attempt to move away from the usual ‘teens at a summer camp’ format. And you know something? It might even have worked.

I would even go as far as to say (and I may be reading waaaaay too much into it here) the idea that Jason is a mythical figure, a totemic force of nature, is a great one to explore. Unfortunately, this movie is not the place to explore that idea. 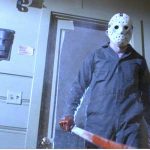 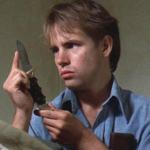 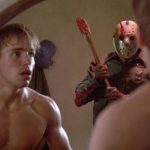 So, what is it that’s so bad about this movie? Is it the cack-handed direction? The poor acting? The half-baked script? All of the above? Yes, yes it is. But the main problem is how the viewer is short-changed and cheated at the ‘twist’.

To paraphrase Ian Malcolm from Jurassic Park (and in doing so spoiler the movie – but it’s pretty bad so I don’t care), “You eventually do plan to have Jason in your Jason movie?”