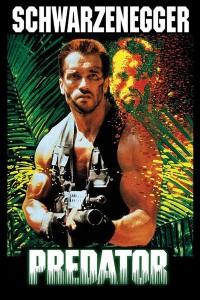 All has been quiet on the Predator front, with Alien and Prometheus stealing all the sci-fi horror limelight. However, it has now been revealed that Fred Dekker (Night of the Creeps, The Monster Squad) has finished the script he has co-written with Shane Black (Iron Man 3, Kiss Kiss Bang Bang).

Shane Black will be directing the film which is currently being labelled as a sequel to the 1987 film. Producer John Davis has said the film will “reinvent the franchise”, so will not be a remake, but choosing to add to the Predator mythology.

In fact, he told Collider, “The writing is so fresh, the perspective is so fresh. I’m telling you you’re going to get something you don’t expect and you’re going to say, ‘This is the most entertaining way to reinvent a franchise.’” Fresh and entertaining definitely sounds promising, because when Alien and Predator started mixing worlds it all went a bit downhill, so it would be great to see the franchise return to the wonderful form it began with.

There is currently no release date set for the film, but at this time, we’re keeping our thoughts positive. Dekker and Black have been long-term collaborators with the latter being involved with the original Predator; so he knows what fans will be after. Hopefully.