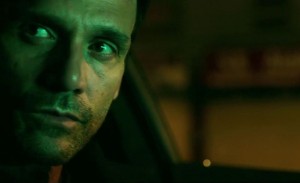 To celebrate the UK DVD and Blu-ray release of The Purge: Anarchy we recently spoke with actor Frank Grillo about the film and his character Leo. Here’s what we spoke about.

SCREAM: How did you get involved with this project?

FRANK: I worked with James DeMonaco on a television series, “The Kill Point,” and he had me in mind for this role before I had seen the script. I loved the first PURGE movie. I loved the concept; it was a big idea. They sent me the script, and I immediately said yes. I know James, and I loved the idea. James and I started referencing the same films right away: THE WARRIORS, ESCAPE FROM NEW YORK and other films that were throwbacks to the ’70s. Then, we were off to the races right from the beginning.

SCREAM: Can you describe your character, Leo?

FRANK: I think Leo is an everyman. He’s a regular guy who had a pretty conventional life until something tragic happened to his son. His young son was killed, and there was an injustice in the trial. I think that Leo looks to the night of the Purge as a mechanism to satisfy his emotional desire for justice. I think he’s a guy who had the ability for violence before. I think he’s a trained guy, perhaps a military guy, but until then he wasn’t the type of guy who would go out and commit violent acts on Purge night. It is an interesting theory about the Purge: some people are Purgers, and some people use the Purge as an instrument to satisfy some need. Everybody thinks that it would result in total anarchy with people losing their minds. However, I think that some people would use the Purge as a legal way to resolve some issues that they have.

SCREAM: Would you say that your character is in some way the key to understanding the morality of the story?

FRANK, I think that Leo is the moral compass of the story. I think that my dialogue was cut by design because we wanted the audience to make their own interpretation of what this guy was and what he represented in the film and in the Purge. He is the leader of the group of people that are trying to survive. You are forced to follow him, so the less dialogue there was, the more people had to try and figure out what was going on with this guy.

SCREAM: James DeMonaco said that he chose you because you are a tough guy, and there aren’t many tough American actors.

FRANK: It is interesting because what is a tough guy? I have always had this sense of responsibility and I have never followed anyone. I haven’t asked anyone to follow me, but I have always gone down my own path. I am a physical guy, and I am trained in martial arts. I also boxed my whole life and wrestled in high school and college. That is why people say I am a tough guy, but I am a father and I am not really a tough guy. Let’s say that I am not afraid of a lot of things because I can handle myself. Hollywood is Hollywood, and a lot of actors just aren’t capable of portraying that thing. I think there is a bit of a vacuum in Hollywood for American actors who can portray those anti-heroes of the ’70s like Charles Bronson and Steve McQueen.

SCREAM: What was it like to shoot within the parameters and low budget of Blumhouse Productions?

FRANK: People keep talking about the low budget. The way I see it, although we didn’t have a huge budget, there was certainly money to make the movie. We didn’t have a lot of time, but that’s what actors always feel like. We had about thirty days and we had to shoot at night. All of the money went into the movie, but we knew what we were signing on for. We had to be efficient, creative and focused, which was great. James created the movie and never lost the vision that we shared. When I signed on to the project, I felt like James and I became partners. This propelled us, from the beginning to end, because we were so intent on getting this done.

SCREAM: It feels like shooting this way gives an edge to the performance.

FRANK: Yes, because you can’t over think it. You can never be lazy and you can never let your guard down. That’s when you can find magic. The problem with a lot of art in general is that it’s over thought. Whether it’s architecture or painting, if you over think your house, it’s just not going to be. We did the film in a blink of an eye and I think it came out very well.

SCREAM: And were there any parts of the movie that were particularly fun to shoot?

FRANK: For me, it’s always fun to fight. It was fun for me to fight against swords. It was a grueling shoot, but it was beautiful. The fun part of it was just working with DeMonaco. We had a good working relationship. We laughed a lot and told a lot of stories.SCREAM: After you finished filming, was it easy to shed the sense of danger and paranoia? FRANK: I had to maintain this place in my head during filming. I was away from my family and I had to stay in this kind of dark place, so I would have weird dreams and nightmares. They were not about THE PURGE necessarily but just about things that I normally don’t dream about. Weird dreams like being chased, being stuck somewhere, not having an exit, and I couldn’t find my way out. There was a lot of anxiety.SCREAM:  As an actor, is it easy for you to shed the character? FRANK: No, it is not easy to shed the character. In fact, when I finished THE GREY and came home from Vancouver, my wife told me to go and leave the house because I needed to cleanse myself of this guy.

SCREAM: Compared to the first movie, do you think that THE PURGE: ANARCHY is a little more optimistic?

FRANK: I do think it is optimistic because I think people start to understand what is wrong with the Purge. They understand what is wrong with violence and how, even though they think the Purge can work in the short term, eventually it’s going to backfire because it goes against human nature. It is interesting. I often say the first film is like an appetizer and this movie, THE PURGE: ANARCHY, is the big entrée. It is the real meat and potatoes to what the Purge is.

SCREAM: The Purge takes place 10 years into the future. How do you imagine 2024? Will the word be a brighter place, or will it be bleak and scary?

FRANK: I don’t imagine a bright future. I am always looking into the future because I have children, but I am more than a little concerned just about the level of violence and the problems with guns that we have in this country. It just seems like we are seeing more and more violence against children in schools, at places of business, and all of these random acts of violence. What is really scary is that we are starting to get used to it. I want a change to happen. People and politicians should start taking measures againt this.

SCREAM: Do you think movies can be cathartic? Or are you afraid that movies like this can inspire violence?

FRANK: Of course, I believe that arts and entertainment have a cathartic effect. Some people will do horrible things regardless. They see things through a distorted lens and will find a motivation for violence in anything. I think with a movie like this, which is entertainment, you can walk away and have an entirely different perspective about violence or gun use or how we treat people who are lower in an economic place than we are. A movie like this can initiate dialogue, and that’s how change begins.

SCREAM: Do you feel like Leo is a hero?

FRANK: I think Leo is a hero because by definition a hero is somebody who saves lives, someone who saves people who can’t take care of themselves. He becomes altruistic and forgets about the very thing that he thinks he’s always wanted to do. He lets humanity prevail.

SCREAM: Thanks for talking to us, Frank.

The Purge: Anarchy is out on Blu-ray and DVD on 17th November, from Universal Pictures (UK) 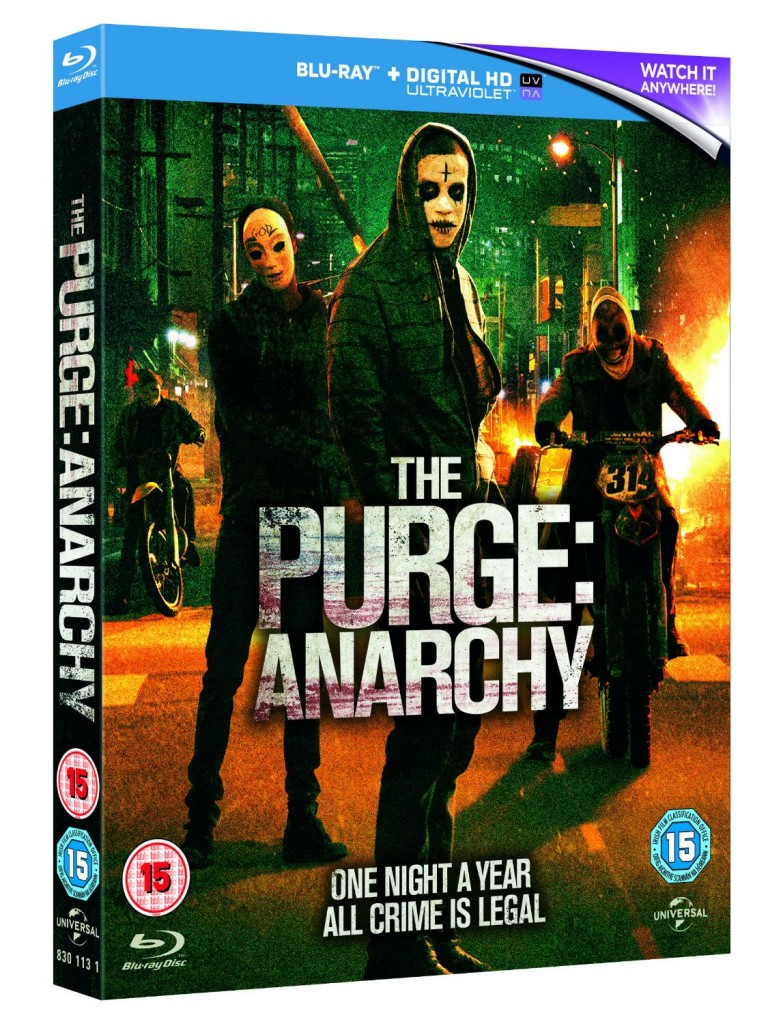