Fox has set a date for the premiere of its epic vampire series The Passage. The first episode will air on 14th January 2019. 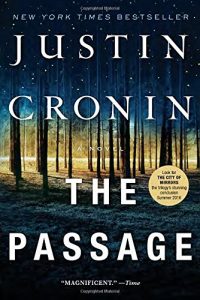 Based on the series of novels written by Justin Cronin, The Passage is set in a post-apocalyptic world overrun with vampiric beings and a deadly virus. At the centre of it all is Amy, believed to hold the secret to understanding – and possibly curing – this threat to humanity.

I’ve only read the first book from the trilogy, but it was a brilliantly exhausting experience. It’s the best type of tale for the TV format, because it’s such a heavily detailed and uncompromising set of events that blends elements from horror, sci-fi, fantasy and good old-fashioned human drama.