Fox Confirms a Hot as Hell Season 2 of Lucifer 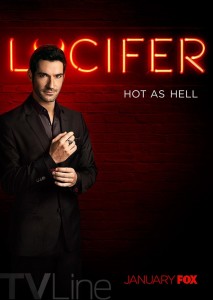 This may come as a surprise for some of you – because the show hasn’t been getting exactly rave reviews – but, Fox has renewed Lucifer for a Season 2. Since the show’s beginning in January, the viewing figures have slowly dropped from over 7 million to less than 4 million on 28th March.

Additionally and not surprisingly, there has also been a petition to prevent the show airing at all – obviously, that has failed. People have feared that Lucifer will glorify Satan in its portrayal of him as a caring human being. Everyone’s entitled to their own opinion, we suppose, but we doubt the show is going to breed a new set of devil worshippers.

If you haven’t started watching the show, then you should probably get a move on so you can be ready for Season 2. We’ll let you know the release date for the new Season when it hits.