Fox Changes the Name of its Frankenstein Series, Again 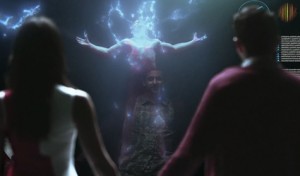 Films frequently go by different names; it is typically horrors that have one name in the USA then another for its release in the UK. Or vice versa. TV shows, however, usually get one name and that’s the name it is known by – simple. Not with Fox, though.

Fox have a planned Frankenstein TV show in the works and it was originally called The Frankenstein Code. It was then changed to Lookinglass, which sounds a bit too much like its related to Alice in Wonderland if you ask us. Now the name has changed again, to Second Chance. This name is too vague; it could be talking about absolutely anything and the first thing you’re going to think about is not going to be Frankenstein, right? Maybe it’s a good thing for the show to distance itself from the original story by Mary Shelley, but if its going to sell itself as a different take on the Frankenstein myth it needs to make this a bit more obvious.

The show will follow a man and a woman who bring back the life of a 75 year old in a younger man’s body. You can check out the trailer for the show below. Luckily for Fox and putting this name nonsense aside, it looks pretty good. The best line is obviously, “Second chances could be a real monster.”

We hope that Fox soon make a decision and stick to it. The Frankenstein Code was a great name that implied a deviation from the original text, but still had that much-needed connection to it. Second Chance sounds a bit like a tear-jerker romance movie. Alas, what do we know?