Four Fierce Images for From Dusk Till Dawn Season 3

It’s not long until we can immerse ourselves in the world of vampires and snakes once again and to get us excited, four fierce images have been released from the third season of From Dusk Till Dawn. 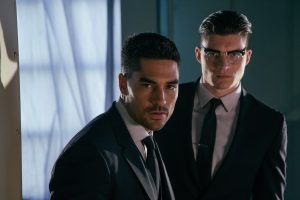 Synopsis:
Season three continues the Gecko Brothers’ saga, as they fight their way through the world of culebras, the vampire-snake hybrids that control hidden empires in Texas and Mexico. Once the baddest outlaws in the land, Seth and Richie made a run for the border two years ago, to save their lives – and their fortune. They ran headlong into a bar full of bloodsuckers and bandits, facing off with the vampire goddess, Santánico. The Geckos joined her cause and settled an old score. It won them a place in the culebraworld. Now, that world is about to explode, and new enemies are gathering – dark forces, hell-bent on destruction and domination. It’s up to the Geckos to stop them – but they can’t do it alone.

Things certainly seem to be hotting up with a couple of red-eyed characters, Seth Gecko (D. J. Cotrona) gearing up for a fist fight and Santanico (Eiza Gonzalez) looking as blood-thirsty as ever, so nothing has changed there. 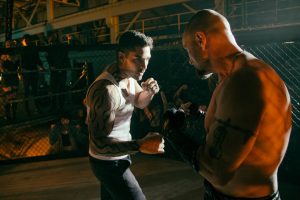 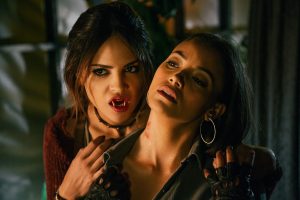 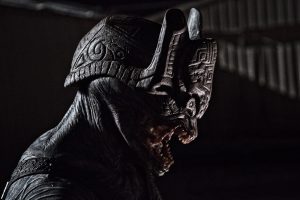 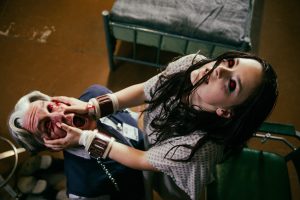