The smart and hilarious Found Footage 3D is finally heading to DVD and Blu-Ray this 4th September, so you’ll be able to re-live the whacky events that occur when a group of film-makers try to make the first 3D found footage horror film. It’s a lot of fun and expectedly meta, certainly worth a watch if you’re a found footage fiend.

The special features on the DVD and Blu-ray are as follows: 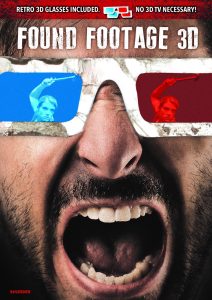 Directed and written by Steven DeGennaro, the film was originally released in 2016 and starred Carter Roy, Alena von Stroheim, Chris O’Brien. Be sure to catch the film this September.