It’s no secret that the Academy isn’t kind to horror. Since the inception of the awards in 1929, only six horror films have even been nominated in the best picture category, one of which—The Silence of the Lambs—actually won. And while the genre frequently does well in more technical categories (and deservingly so), directors and stars all too often see their work go ignored.

If you’re not in the mood to see yet another turgid drama or war epic clean up at the Oscars this year, we’ve got you covered. Here are our nominations for a new category we’d all rather see: Best Horror Picture of 2019.

10. I Trapped the Devil
Synopsis: 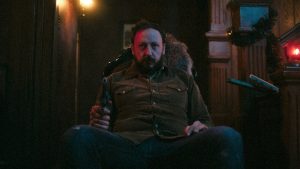 After arriving unannounced at Christmas, a couple is horrified to discover that their relative is keeping a hostage in his basement—but the man insists his captive is the devil itself.

Sometimes, the best horror is the simplest. Writer-director Josh Lobo proves this with his debut feature I Trapped the Devil, a chilling and paranoid slow-burner that revolves around a locked door. While the script loses a little steam in the middle, the claustrophobic setting, strong performances, and atmospheric score by Ben Lovett come together to make a memorable feature that’s perfect for the holidays. 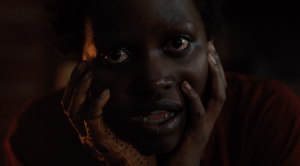 A family’s vacation becomes a fight for survival when their doppelgängers show up at the door.

The sophomore feature of Jordan Peele, Us isn’t as tightly scripted as Get Out—but it makes up for it in ambition. Lupita Nyong’o captivates in her dual roles of Adelaide and Red, despite being burdened with some of the film’s clunkier exposition. And while you’ll see the twist coming a mile away, the layers of metaphor and symbolism make Us endlessly fascinating on rewatch. 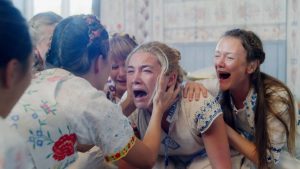 Following a horrific family tragedy, a woman travels to rural Sweden with her boyfriend and his friends, little realising the drug-fuelled festivities she’s about to experience.

After Hereditary, we knew to expect something beautiful and emotionally devastating from Ari Aster—and Midsommar does not disappoint. Proving that bright sunlight can be just as scary as pitch blackness, the film is an overwhelming exploration of grief, bolstered by an achingly raw performance from Florence Pugh. A worthy addition to the folk horror sub-genre, it will leave you exhausted, yet oddly comforted.

7. Tigers Are Not Afraid (aka Vuelven) 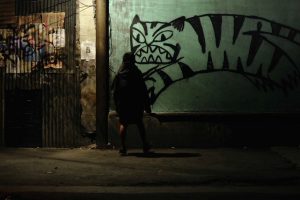 Synopsis:
A gang of children tries to escape the clutches of a violent drug cartel.

Pitting the imagination of childhood against bleak real-world horrors, Issa López crafts a dark fairytale with Tigers Are Not Afraid. Tender, haunting, and deeply affecting, the film hinges on the exceptional performances of its young actors, who will leave you with a lump in your throat even after the cathartic climax.

6. One Cut of the Dead (aka Kamera o Tomeru na!)
Synopsis: 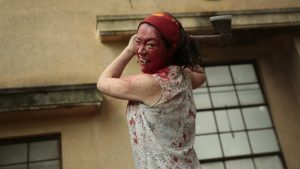 On the set of a low-budget zombie movie, the cast and crew, along with their demanding director, are seemingly attacked by real zombies.

It’s almost impossible to talk about Shin’ichirô Ueda’s hilarious zombie comedy without spoiling the plot, so our lips are sealed. Made for the equivalent of a measly $25,000 USD, One Cut of the Dead is proof that with a little heart and a lot of ingenuity, you can compete with the greats. Catch it on Shudder and thank us later. 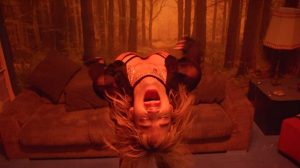 After their punch is spiked with LSD, the members of a dance troupe have a very bad trip at a remote French school.

Gaspar Noé’s Climax is more experience than film. After the impressive opening dance sequence is over, the audience is locked into the same hallucinatory nightmare as the dancers, forced to follow them helplessly from room to room as they slowly lose their minds. Disorientating and overwhelming, it will make you feel a little sick—but then, it’s supposed to. 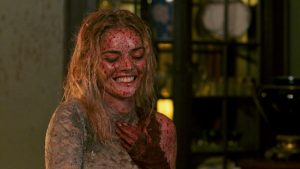 Synopsis:
On her wedding night, a bride’s wealthy in-laws force her to play a deadly game of hide and seek.

Few horror films in 2019 proved quite as fun as Matt Bettinelli-Olpin and Tyler Gillett’s Ready or Not. Samara Weaving stuns as Grace, giving audiences the perfect hero to root and cheer for as the games begin. Bloody, fresh, and thrilling, the film is anchored by its deeper commentary on class warfare and its quiet undertone of genuine anger.

Synopsis:
A young cabdriver enters a police station, pursued by a demonic entity.

Clocking in at a mere 70 minutes, Luz is a brief, beautiful, and enigmatic take on demonic possession. The debut feature of writer-director Tilman Singer, this surreal experiment of a film won’t be for everyone—but if you can slip under its spell, it will grab you. 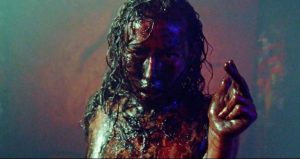 Synopsis:
A desperate artist is willing to try anything to get over her creative block.

A punk-rock masterpiece, Joe Begos’ Bliss is here to give the vampire sub-genre a blood transfusion—and it certainly has enough to spare. Splattered with paint and gore, the film is a dizzyingly enthralling trip set against the gritty backdrop of LA, driven by a career-defining performance from Dora Madison.

And the award for Best Horror Picture goes to… 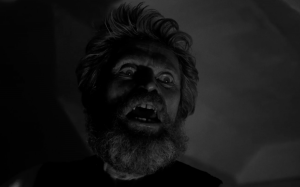 Synopsis:
On a remote island in the 1890s, two lighthouse keepers struggle to retain their grip on reality.

After 2015’s The Witch, director Robert Eggers had a lot to live up to. He outdid himself with The Lighthouse, a gripping and unsettling period piece with an undercurrent of delirious humour. Willem Dafoe and Robert Pattinson are as mesmerising as the light that generates the film’s horrifying and haunting climax.

Disagree with our nominations? Let us know your pick for Best Horror Picture of 2019—and your predictions for 2020!