Forest Whitaker In & Jack Huston Out For The Crow Remake

Another double whammy of news for The Crow remake, some good and some bad. Starting with the good news to hopefully cushion the bad blow, Forest Whitaker is currently in talks to make an appearance in Corin Hardy’s new film.

Forest Whitaker (The Last King of Scotland) will be joining the production of the film after he’s finished working on science fiction drama The Story of Your Life. Whitaker will then be going to work on the latest film in the Star Wars reboot. 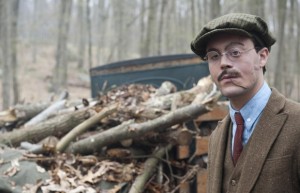 Now for the news we were hoping not to hear. Front-runner for the film Jack Huston, who was set to play main character Eric Draven has unfortunately left production and will no longer be able to continue with the remake. Corin Hardy told Variety: “Jack Huston is unfortunately unavailable to continue with us on ‘The Crow.’ ‘The Crow’ is an amazing project, and I am grateful that we have the time and patience to get it right. We look forward to unveiling our new lead and starting to film over the next several weeks.”

It’s sad news for the revenge resurrection, although Relativity Studios have already starting looking for a replacement and it looks like they were fans of the TV show Skins, as they eye-up Nicholas Hoult (Mad Max: Fury Road) and Jack O’Connell (Unbroken).

The studio said: “Jack is a remarkably gifted actor, and we look forward to working with him in the future. Corin Hardy has a tremendous vision for ‘The Crow,’ and we are working closely with him to continue prepping the movie and supporting him as he brings his vision to the big screen.”

The Crow reboot has been in production for several years, and this comes as another hold back, but hopefully they’ll manage to bring everything together soon enough.

The original film was released in 1994 and starred Brandon Lee, son of martial artist and actor Bruce Lee, as Draven as he embarks on a relentless and vengeful journey to get his own back on the gang that murdered him and his fiancé before their wedding.