Terminator: Genisys was a bit of a nightmare to say the least and it seems as though everyone involved wants to forget it ever existed. Good plan, we say. Arnold Schwarzenegger recently spoke about the plans for the future of the Terminator universe and he said:

“I think James Cameron and Tim Miller came up with a concept where they can continue on with the T-800 but make a whole new movie. What they are doing now with this one is basically to just take a few very basic characters, like Linda Hamilton’s character and my character, and dismiss everything else. Just move away from all these rules of the timeline and other characters.”

It sounds like we should be saying good bye to most of the Terminator sequels, especially Rise of the Machines and Terminator: Genisys. 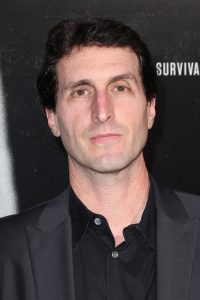 The Oscar-nominator screenwriter Billy Ray (Flightplan, The Hunger Games, Captain Phillips) has now been hired to re-write the script which was originally written by Justin Rhodes. This means that the new set of writers further includes David S. Goyer, Charles Eglee, Josh Friedman, David Ellison and James Cameron. Hopefully this is a sign that those involved are determined for the next film to go in the right direction, undoing all the wrongs that have followed since T2: Judgement Day.

The currently untitled Terminator reboot/remake/re-imagining/sequel has a release date slated for 26th July 2019.