Five Nights at Freddy’s to be Remade for Consoles

Until now, Five Nights at Freddy’s has only been available to play on PC, but creator Scott Cawthon has confirmed that the game will be remade for consoles. On the Steam community forum, Cawthon described that a few companies have shown interest, but he did not say who they were. He has also not said which consoles the game will be available on, but it seems as though a lot of people would love a 3DS capability. 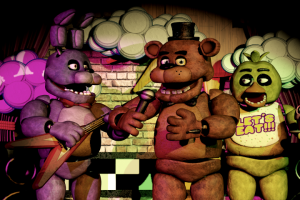 Scott Cawthon is also working on a spin-off to FnaF titled ‘Sister Location’. There is not a lot of news surrounding this either, but it could imply that there is another location overrun by those pesky animatronic characters.

Finally, a FnaF film is currently in the works and the script is still being worked on. As of now, Gil Kenan (Monster House, Poltergeist) is tied to direct.

In short, there’s lots of exciting things going on in the world of Freddy’s, so keep your eyes peeled for more as it comes.