McConnell is working from his own script, which he describes as being about “A murderous shape-shifter on a blood-soaked mission to make things right with the woman he loves.” The film stars Lora Burke (Poor Agnes), Elitsa Bako (Antiviral), Jack Foley (Fugue), Ry Barrett (The Heretics), Adam Buller (Galaxy of Horrors) and Peter Higginson (Latched).

It’s an intriguing concept, although we’ll have to wait for our first proper look at the film. In the meantime, here are a few behind-the-scenes pics shared on the film’s social media. 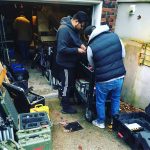 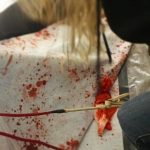 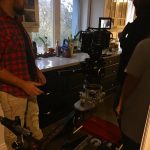