Two new images have been released from Steven Soderbergh’s (Traffic, Logan Lucky) Unsane. The film was – insanely –shot entirely on an iPhone over the period of a week. Not only was the production on the film insane, but the plot’s focus is on insanity, too. 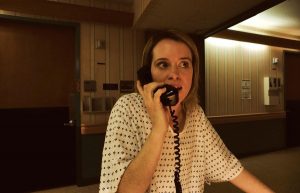 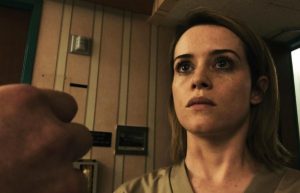 Starring The Crown’s Claire Foy – who is also set to star as Lisbeth Salander in Fede Alvarez’s The Girl in the Spider’s Web – Unsane follows a woman whose fears may or may not be symptoms of her supposed insanity.

Unsane comes from a script written by Jonathan Bernstein and James Greer, who co-wrote Brian Levant’s 2010 comedy-actioner The Spy Next Door.

Unsane will soon be premiering at the Berlin International Film Festival, so look out for those early reactions soon!