The new film from beloved horror director Tom Holland (Fright Night, Child’s Play) will be with us later this year, and we’ve got the first teaser for it right here! 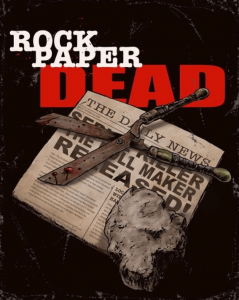 Rock, Paper, Dead stars feature newcomer Luke Macfarlane as serial killer Peter “The Doll Maker” Harris, who returns to his family estate after being held in a hospital for the criminally insane for twenty years. Once inside the old house, disturbing memories return from his tortured childhood, while visions of past victims threaten his fragile sanity. Then neighbour Ashley (Supergator’s Jennifer Titus) enters Peter’s life, leading him to make a fateful decision that rekindles old desires that always end in murder. 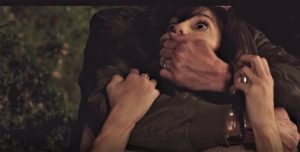 In other Tom Holland news, the filmmaker recently announced his intentions to direct a Fright Night 3, when the rights come back to him in 2019.