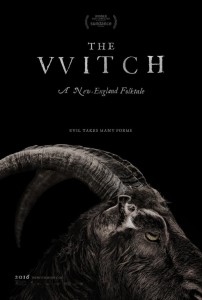 I am a massive fan of atmospheric, chilling genre films and The Witch seems like it has hit the nail on the head. The trailer is moody and mysterious visually, perfectly mimicking the terrifying story the film will tell. The forest is immediately positioned as a place to fear, with subtle zooms and terrifying music bringing the woods to life in a chilling manner. It is a genuinely very creepy 2 and half minutes and sets The Witch up to be one of the best horror films of the year.

Synopsis:
New England, 1630: William and Katherine lead a devout Christian life, homesteading on the edge of an impassable wilderness, with five children.  When their new-born son mysteriously vanishes and their crops fail, the family begins to turn on one another. In his debut feature, writer/director Robert Eggers painstakingly designs an authentic re-creation of New England — generations before the 1692 trials in Salem — evoking the alluring and terrifying power of the timeless witch myth. Told through the eyes of Thomasin, the teenage daughter (in a star-making performance by Anya Taylor-Joy), and supported by haunting camera work and an ominous score, The Witch is a chilling portrait of a family unravelling within their own fears and anxieties, leaving them prey for an inescapable evil.

The Witch comes from first-time director Robert Eggers, and won him the award for Best Direction at January’s Sundance Film Festival. Take a look at the trailer below, if you dare. The Witch has a release date slated for 2016 and it can’t come quick enough.