After many bumps in the ocean, the first trailer for The Meg has finally smashed online and it doesn’t disappoint. Starring Jason Statham, Ruby Rose, Rainn Wilson and Bingbing Li, The Meg follows Jonas Taylor (Statham) as he tries to save the crew of a submersible from a 70-foot prehistoric shark. 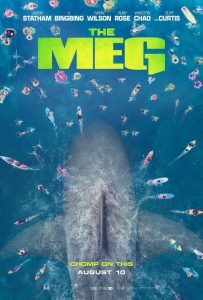 The trailer showcases a light-hearted tone mixed with a subtle sense of dread as the believed-to-be extinct shark makes a toothy appearance. It really is a mega shark. The film’s planned combination of fun and fear looks mighty appealing, so we’re definitely going to be there when this one sails into cinemas.

The Meg will be released this summer on 10th August.