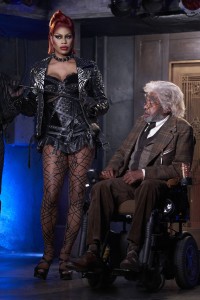 A short teaser trailer has landed for The Rocky Horror Picture Show TV “event” and it gives us a taste of the cast in action. Honestly, it doesn’t look great and we weren’t expecting to have our socks blown off by this footage. To say it is desperately trying to capture the essence of the cult classic would be an understatement. It’s only 30 seconds long, but the desperation to be funny and modern, yet a mirror image of the original, is just screaming through. It feels forced and fake; more like a parody than an homage to the original.

What do we know? Perhaps the full-length version will be a million times better and we’re wildly off the mark, but this teaser is ringing massive alarm bells. Check it out below and you can decide whether Fox’s The Rocky Horror Picture Show is going to be a fantastic re-telling or something we should instantly erase from our memories.