FIRST TEASER FOR 50 STATES OF FRIGHT

The first teaser trailer and images are here for 50 States of Fright, an upcoming horror anthology series set to premiere on streaming platform Quibi this April. The series features short scary stories based on urban legends originating from states like Colorado, Missouri, and Washington. 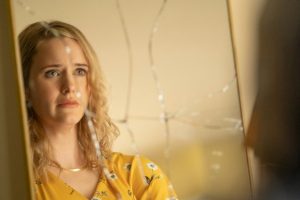 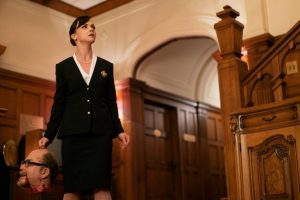 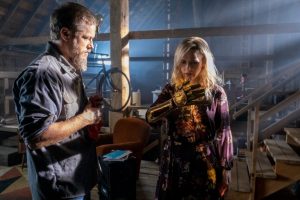 Excitingly, Sam Raimi, director of the original Evil Dead trilogy and Drag Me to Hell, directed and co-wrote the segment The Golden Arm, which sees a man marrying a woman with a golden arm. Rachel Brosnahan (House of Cards), Travis Fimmel (Vikings), and John Marshall (Big Little Lies) star.

Raimi isn’t the only notable filmmaker involved. Red Rum, an episode set in Colorado and presumably tied to The Shining in some way, was directed by Daniel Goldhaber and written by Isa Mazzei, the duo behind CAM. Christina Ricci (The Addams Family) stars.