First Teaser for Death Note is Dark and Stylish

The first teaser has arrived for the Netflix Original film Death Note, based on the Japanese manga series of the same name. I’m not familiar with the original series, but the teaser looks extremely stylish and has a cyber-punk feel with its striking visuals that blend bright and dark tones.

I’m sure a lot of hardcore fans of Death Note are going to lose their shit at some of the casting choices in Netflix’s adaptation, but remember, you’ll still have the original manga to enjoy when Netflix releases its take on the story. 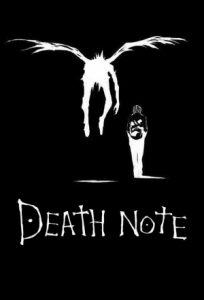 Death Note follows an angsty teenager who discovers a supernatural book that kills the people whose names you write in it. That’s a mighty appealing book, but would you be able to live with yourself knowing you’ve committed a type of otherworldly murder? I’m not sure I could.

I’m excited, because Adam Wingard (You’re Next, Blair Witch) is behind the film and he has an impressive set of features to his name. Even though Blair Witch was not particularly well-received by most, we thought it was an excellent follow-up to the original 1999 flick with enough nostalgia and originality to be an impressive, scary and memorable sequel.