First Set of Images Takes Us Back to Twin Peaks

While we’re still waiting on that first trailer for Showtime’s Twin Peaks revival, Entertainment Weekly has snagged the very first images from the new episodes, and here they are! 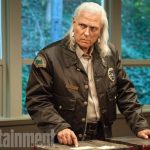 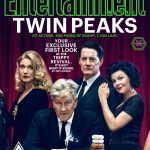 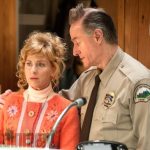 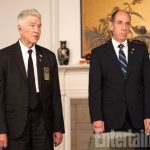 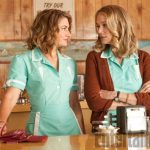 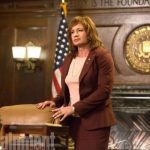 The images accompany EW’s set of covers featuring the series’ most beloved characters, and seeing the likes of David Duchovny, Peggy Lipton, David Lynch and the late Miguel Ferrer reprising their roles from a quarter of a century previous will take you right back to Washington’s weirdest town. It’s fair to say these guys have been missed.

The revered cult series originally aired on ABC from 1990 – ‘91 and spawned a film, Twin Peaks: Fire Walk with Me, in 1992. It followed Kyle MacLachlan’s FBI Special Agent Dale Cooper as he investigated the curious murder of a homecoming queen in the sleepy town of Twin Peaks, but got a whole lot more weird than he’d bargained for.

The hugely-anticipated third series will kick off with a two-part premiere at 9pm on Sunday, May 21st, with the third and fourth episodes available to stream immediately afterwards for Showtime subscribers. The full series consists of 18 hour-long episodes.