Digital Spy have nabbed a bunch of photos from the set of Shane Black’s The Predator, which is currently filming in Vancouver.

The images show the likes of Trevante Rhodes, Gone Girl’s Boyd Holbrook and Chasing Life’s Augusto Aguilera hanging out and looking tough during the shoot, plus an unidentifiable corpse getting some gruesome final touches. 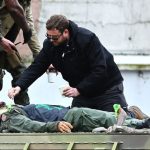 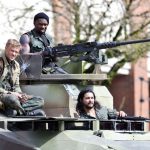 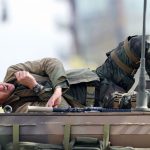 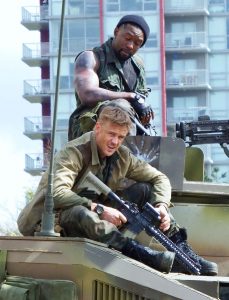 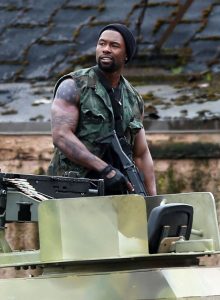 The Predator also stars Olivia Munn, Thomas Jane, Jacob Tremblay, Keegan-Michael Key, Jake Busey and stunt performer Kyle Strauts as The Predator itself. Black – who played Hawkins in the 1987 original – directs from a script by The Monster Squad/Night of the Creeps director Fred Dekker.

Just a few days ago, 20th Century Fox announced that the film will be pushed back from its expected release date of February 9th, 2018 until August 3rd, 2018. Replying to a fan on Twitter, Black said he welcomed the reshuffle, writing: “In truth, I endorsed this entirely. It’s a great thing – also, a bit of a relief not to open against Marvel’s Black Panther in Feb.”