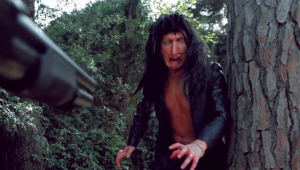 Here are a few tasty stills from Hotel Inferno, billed as “The first and only splatter movie in first-person view”. Directed by Giulio De Santi, who co-directed gory religious horror Adam Chaplin in 2011, Hotel Inferno was originally released in US in December 2013, and should finally see a wider release this year.

While Franck Khalfoun’s awesome 2012 Maniac remake played out (almost) entirely from the POV of Elijah Wood’s Frank, the effect was a cerebral and deeply unsettling one of seeing through the eyes of a seriously damaged soul. Hotel Inferno on the other hand, looks to be going for a kinetic, video game feel, more in the vein of the hyped POV actioner Hardcore, which arrives this summer. 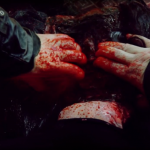 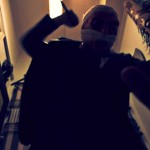 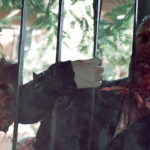 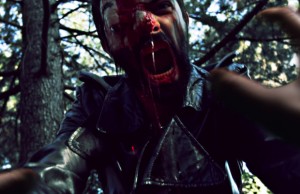 This synopsis also suggests a touch of The Raid and perhaps [Rec] in the mix:

Hitman Frank Zimosa is hired for a lucrative mission by a rich client. The objective: kill two people in a hotel. But this simple job soon becomes a nightmare as an army of insane henchmen and monsters are waiting for him, all under the control of an ancient and unstoppable demon – now Frank must fight his way out with any weapon he can get his hands on.

Will first-person become the new found footage? Time will tell, but in the meantime enjoy these gore-drenched stills.